Skip to content
It was another of those weekend trips I made in order to break out from the routine professional life. 6 of us, old college friends, got together and planned an outing to Mandarmoni, a secluded beach along the shores of the mighty Bay of Bengal.It was a 4 hours late-night journey by bus. The bus sped along the highway in the sparce midnight traffic. We got off at the main road closest to the beach which was another 30 minutes drive by car. The vehicle was arranged by the resort we were to put up with. The car took us into the countryside through the unlevelled narrow dark muddy roads, with the full moon adding a mysterious feel to it.

The narrow road suddenly widened and we were out in the open.In the begining it seemed that we were in the middle of nothing.Slowly my eyes got adjusted to the moonlight. 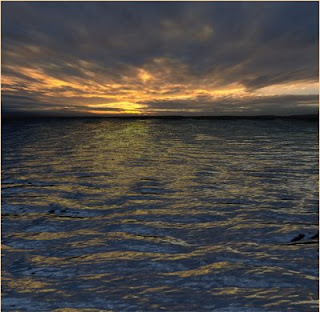 The sight send a chill down my spines. Before me was a vast expanse of dark water, stretched as far as eyes could see, over millions and millions of miles. Huge waves with silver linings on their crests were furiously surging towards the shore. It reminded me of the ship-wreck scenes i have seen in movies. I looked at my watch. It was 2.00 am. What a weird time to watch the ocean, and with the moon making it more scary. The whole place looked so lonely, the dark ocean, the deserted beach with a couple of bamboo poles stuck into the sand. A piece of cloth tied to one of the pole was fluttering furiously in the wind.The car drove past the poles and headed towards the resort. We hit the bed right away, too tired for anything else.

I wanted to wake up in time to watch the sun rising up from the middle of the ocean. However i overslept and woke up to find the sun already way up in the sky. The whole place was so silent except for the intermittent chirping of the birds.We had a quick breakfast and headed for the beach. It was not crowded unlike most beaches. Few people were swimming not too far from the shore, while others chose to stand in waist deep water. The ocean didnt look eerie anymore, though it still had the aura of infinte power. We spend the entire day on the beach except for a short trip back to the resort for lunch.

In the evening we chose to sit down on the beach. The sand was slightly wet but very firm since the ocean had just receded following the low tide. We sat there for hours staring at the unbounded vastness infront of us, listening to the roars of the waves as they rolled furiously over the surface of the ocean. It filled me with melancholy, the feeling of lonliness, of loss and of being lost. Yet my mind was at peace and I was in perfect harmony absorbing the sights and sounds of nature. For the first time i felt that i was actually listening to nature. For me it was bliss, the bliss of solitude.